WMMB talk show host Bill Mick, is being attacked as anti-Semitic and a racist. Accusations were made by Florida State Representative, Randy Fine in a letter on Florida House of Representative stationary, to Mr. Bob Pittman, the Chairman/CEO of iHeart Media.

Mr. Fine is asking that Bill Mick be fired.

The reasons are laid out in Mr. Fine’s the letter to Mr. Pittman.

END_OF_DOCUMENT_TOKEN_TO_BE_REPLACED

Like Loading...
Notice what happened in the MITCH McCONNELL REPUBLICAN CONTROLLED SENATE. Americans repeatedly stabbed in the back by Republicans….from Govtrack.us..
On December 22, 2018 the 115th Congress was unable to reach a deal to fund some federal agencies through fiscal year 2019 after President Trump demanded $5 billion in funding for a southern border wall. The Senate had unanimously passed a bill to fund the government through 2019, without the border wall, the then Republican-controlled House amended the bill adding $5 billion in funding for a southern border wall. The Senate neglected to vote on that bill leaving it to die in the previous Congress.
When the REPUBLICANS controlled both houses of Congress, and could of easily provided the money for the WALL, Republicans purposefully, under the direction of
PAUL RYAN & MITCH McCONNELL, went against the wishes of President Trump and the American people who elected him.
The Shadow Government Republicans, along with their DemocRat cohorts, repeatedly ignored the wishes of the American people. Purposefully damaged our security, causing death of American citizens, harming our economy, all..for cheap labor.
The REPULI-CRATS’ SHADOW GOVERNMENT, in conjunction with their comrades in the Main Stream Media, the Obama Administration and Federal Agencies, have joined forces to pursue phony, manufactured investigations, all the while, demeaning and ruining many lives.
They are doing this for a multitude of reasons; the top being; 1) to protect Hillary Clinton’s”unsecured basement server” antics and the Clinton Crime Foundation from prosecution, 2) remove President Trump from office by phony investigations and attempting to lower his popularity numbers.

END_OF_DOCUMENT_TOKEN_TO_BE_REPLACED

My wife and I went to the movies today and saw the incredible movie GOSNELL. I strongly recommend it to all.

No matter what you have heard, read or seen, this movie isn’t about abortion. It is about local and state government failing. Failing on many levels, especially failing those that are the most vulnerable.  END_OF_DOCUMENT_TOKEN_TO_BE_REPLACED

Below is the site where you can see and read Christine Ford’s High School yearbooks. She is Kavanaugh’s accuser and it sheds more light on another “witch hunt” against a good man.

Yes everyone has the right to whine and complain as they see fit; even a has-been millionaire football player.

Make no mistake; Nike choosing Colin Kaerpernick for their “just do it” 30th anniversary campaign is a purposeful and calculated punch in the face of America.
Nike felt it was “safe” to show their true colors!

Yahoo sports reports that Kaepernick will have his own branded line including shoes, shirts, jerseys and more. Kaepernick signed a “star” contract that puts him level with a “top-end NFL player” worth millions per year plus royalties.

With so many Americans such as veterans, policemen, mom and dads etc. demonstrating daily why America is principled, unique and outstanding, it speaks volumes to the reasoning behind Nike choosing a divisive and anti-American, anti-law enforcement figure as the face of their campaign.

I will vote with my feet and buy my products elsewhere. I hope that many other Americans will do the same.

Like Loading...
Patriots,
It’s time to “vote with our feet”.
According to the Heritage Foundation’s Daily Signal,  Jacob Harold is using the guidance of the Southern Poverty Law Center, a radical, ultra left organization, to smear and label Conservative groups, of which many are Christian, as “Hate Groups”.
I will no longer donate nor use the services of Guidestar. 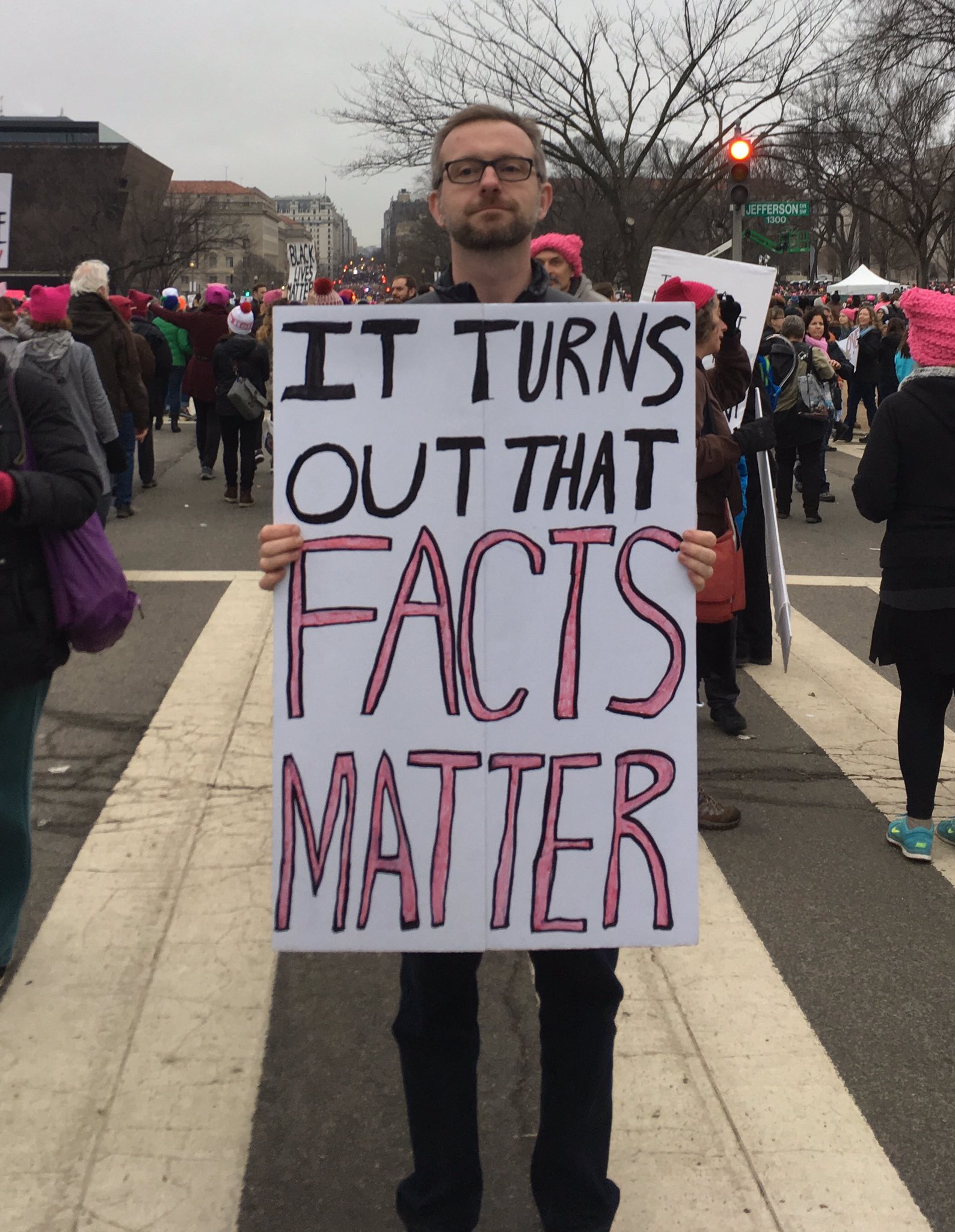 The nation’s leading source of information on U.S. charities faces mounting criticism for using a controversial “hate group” designation in listings for some well-known and broadly supported conservative nonprofits.

The decision by the tracker of nonprofits prompted 41 conservative leaders to protest the move in a letter provided exclusively to The Daily Signal. The letter, dated June 21, asks the website to drop the “hate group” labels put on 46 organizations. (Read the full letter below.)

GuideStar’s use of the “hate group” designation for certain organizations, many of them Christian, unfairly and inaccurately adopts the “aggressive political agenda” of Southern Poverty Law Center, the leaders write.

Americans need an alternative to the mainstream media. But this can’t be done alone. Find out more >>

Among the organizations represented are the Family Research Council, the American Freedom Defense Initiative, the Immigration Reform Law Institute, the American College of Pediatricians, the National Task Force for Therapy Equality, the American Family Association, the London Center for Policy Research, and the Jewish Institute for Global Awareness.

In the letter to GuideStar President and CEO Jacob Harold, the conservative leaders write:

We, the undersigned organizations and individuals, write to express our strong disagreement with GuideStar’s newly implemented policy that labels 46 American organizations as ‘hate groups.’ Your designations are based on determinations made by the Southern Poverty Law Center (SPLC), a hard-left activist organization. As such, SPLC’s aggressive political agenda pervades the construction of its ‘hate group’ listings.

A biography of Harold on GuideStar’s website describes him as a “social change strategist.” He is seen in this tweet participating in the Jan. 21 Women’s March in Washington, D.C., which opposed new President Donald Trump:

Prior to joining GuideStar, Harold worked for the Hewlett Foundation’s philanthropy program, as a “climate change campaigner” for Rainforest Action Network and Greenpeace USA, and as an organizing director at Citizen Works.

Signers of the letter sound their concern that GuideStar, which calls itself a neutral public charity, is using the Southern Poverty Law Center’s much-contested language to flag “hate groups,” organizations that SPLC disagrees with.

“I think that what GuideStar is doing is another attack on conservative Christian organizations and individuals,” William G. “Jerry” Boykin, a retired Army general who is executive vice president of the Family Research Council, told The Daily Signal in an interview, adding:

We have seen the same thing from other places to include certain media outlets.  GuideStar says that they are neutral, but they are anything but neutral. In fact, they are, I would say at this point, they are becoming an arm of the ultra-left.

Mat Staver, who also signed the letter and is the founder and chairman of Liberty Counsel, a legal group focused on religious liberty, told The Daily Signal in a phone interview he detects purposeful motivation behind GuideStar’s flagging.

“The intent there obviously is to harm, I think, these organizations,” Staver said.

Foundations, corporations, and other institutions look at listings by such organizations as GuideStar when they determine where to make tax-exempt contributions. They are unlikely to donate money to any organization labeled as a hate group, the conservative leaders argue.

A GuideStar spokesperson told The Daily Signal in an email Wednesday that the website will change some of the language:

GuideStar draws information from thousands of distinct sources, each of them imperfect. In aggregate, those sources help us offer a multidimensional view of nonprofits. However, we recognize that the SPLC data is especially controversial. We are changing the text description of this data and reconsidering where and how we present it on our website.

The changes will appear within a few days, the spokesperson said.

“I think their choices are either take this label [down] that you have put on these different organizations, all of which are conservative Christian organizations, or acknowledge that you are a politically active arm of the liberal progressive movement in America,” he said.

Staver said his organization, one of those flagged by GuideStar as a hate group, asked Harold to promptly remove that label.

“So, 41 organizations are joining together, we are asking GuideStar’s CEO to respond to me within a very quick turnaround time to reverse its course and cease this false and defamatory labeling that it is using on its website,” Staver told The Daily Signal, referring to the letter.

Among the signers is Edwin J. Feulner, founder and president of The Heritage Foundation, the parent organization of The Daily Signal. Two other fixtures of the conservative think tank, Heritage board member Edwin Meese III and Heritage Action CEO Michael Needham, also signed the letter. Heritage is not labeled a hate group by either SPLC or GuideStar.

Organizations such as the Family Research Council are well aware of the implications of the messaging that GuideStar is perpetrating, Staver said.

Floyd Corkins, the man convicted of a 2012 attempt to massacre employees at the Family Research Council, was inspired by SPLC’s description of the Christian pro-family research organization as a hate group, he noted.

In an interview with the FBI, Corkins said a list on the Southern Poverty Law Center’s website motivated his attack. SPLC has acknowledged the connection.

“Does it not concern you that within the past five years, the SPLC has been linked to gunmen who carried out two terrorist shootings in the D.C. area?” the letter to Harold says, adding:

With these points in mind, we respectfully request that GuideStar return to its prior, nonpolitical approach to evaluating nonprofit organizations. Please send your reply within one week of receipt of this letter.

Read the full letter from 41 conservative leaders to GuideStar:

A Note for our Readers:

Trust in the mainstream media is at a historic low—and rightfully so given the behavior of many journalists in Washington, D.C.

Ever since Donald Trump was elected president, it is painfully clear that the mainstream media covers liberals glowingly and conservatives critically.

Now journalists spread false, negative rumors about President Trump before any evidence is even produced.

Americans need an alternative to the mainstream media. That’s why The Daily Signal exists.

The Daily Signal’s mission is to give Americans the real, unvarnished truth about what is happening in Washington and what must be done to save our country.

Our dedicated team of more than 100 journalists and policy experts rely on the financial support of patriots like you.

Your donation helps us fight for access to our nation’s leaders and report the facts.

You deserve the truth about what’s going on in Washington.

I for one am sick and tired of the obstructionism that is the Republicant party leadership.

We have won every area,  (house, senate, presidency) the Republicants have used as an excuse for not following the people’s will all in stupendous fashion! We got behind President Trump and he fought through and slew 16 Republicant candidates to go on and win the Presidency. It was clear that American voters ( not counting the illegal votes), wanted big change in Washington DC. That change has been stopped by the Republicants, the Donor Class and the leadership.  END_OF_DOCUMENT_TOKEN_TO_BE_REPLACED

The latest news on WordPress.com and the WordPress community.